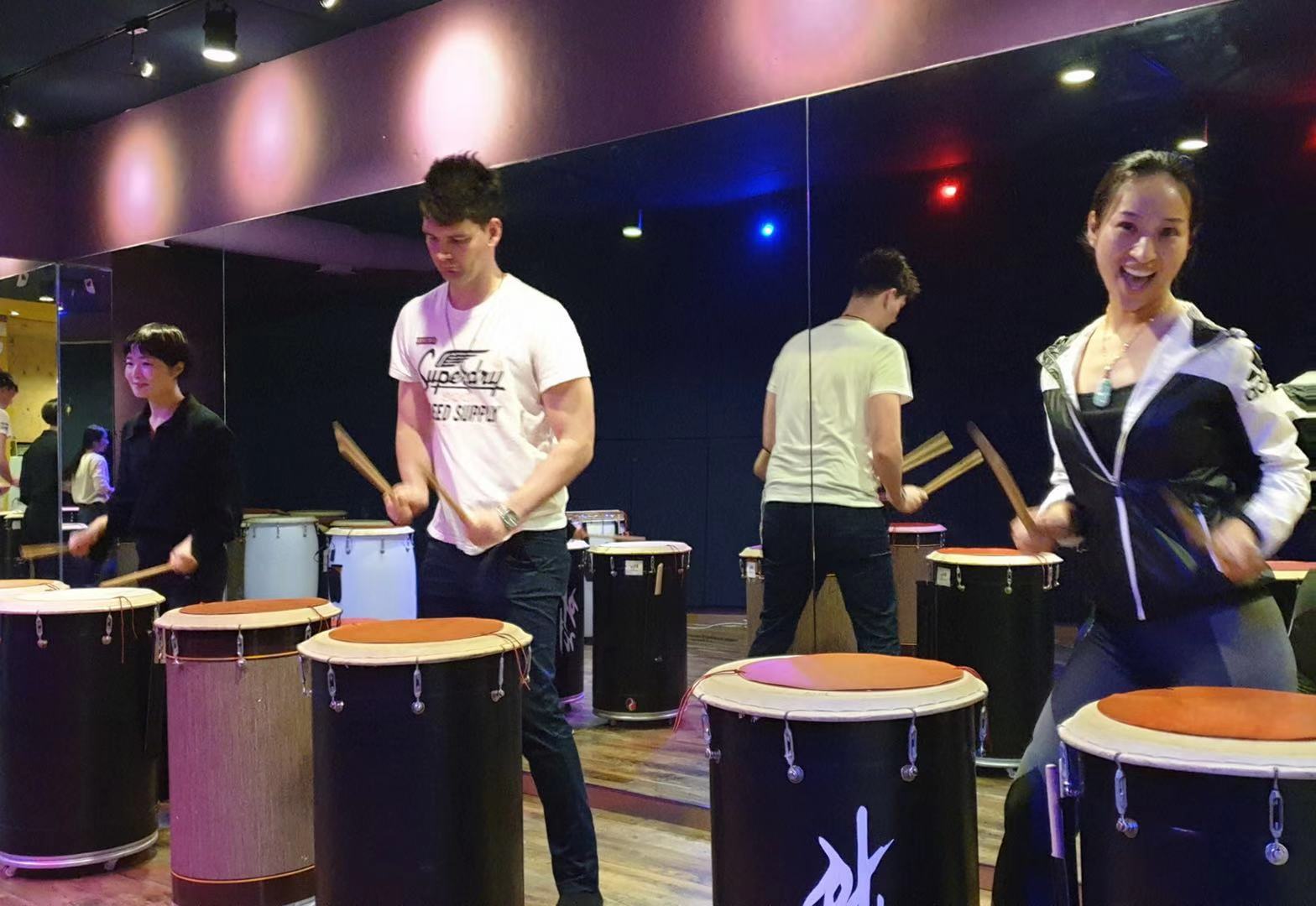 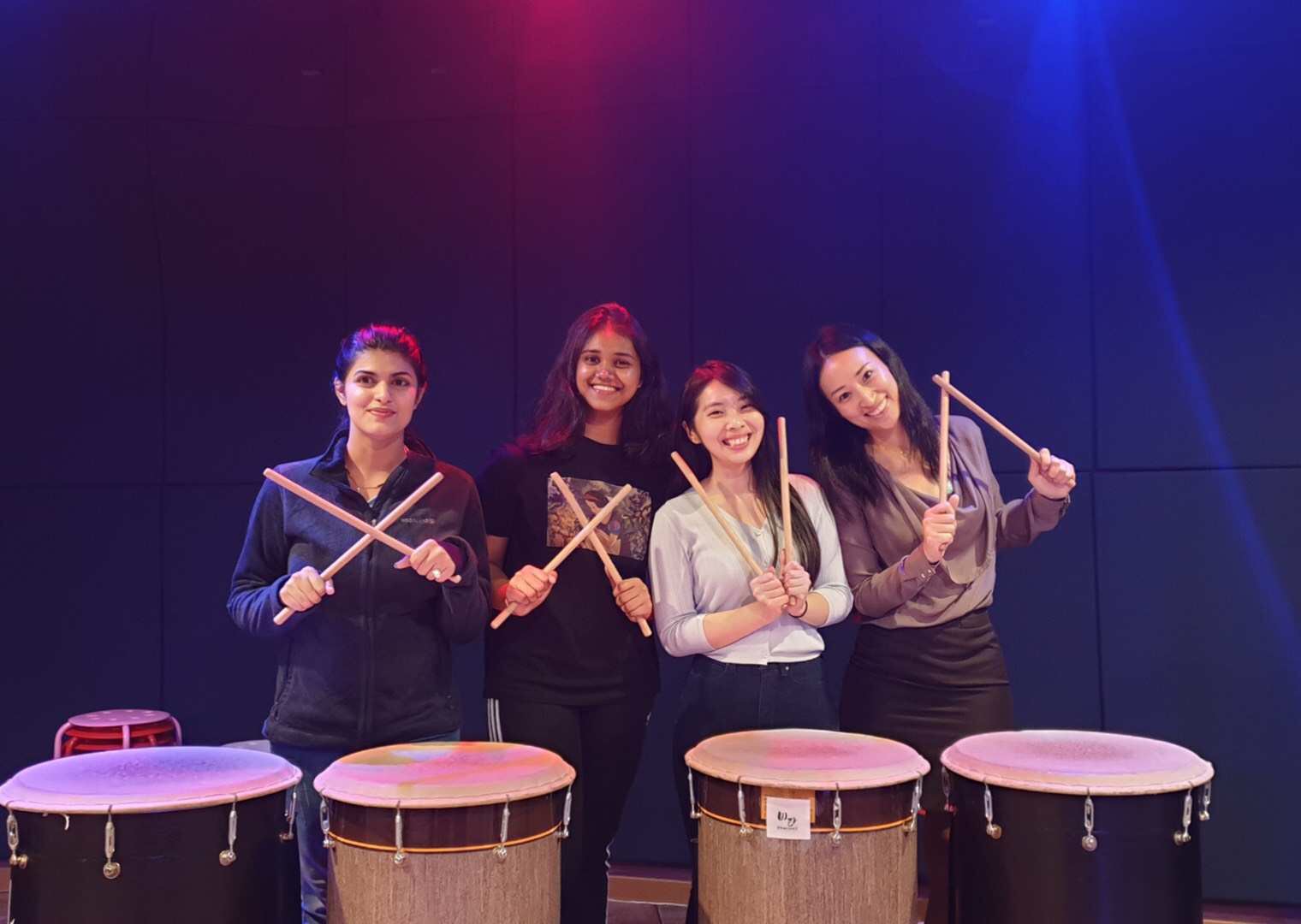 The Korean Drum performance has a long history. During the Joseon period, many types of drums were used for the royal court music, and nowadays it is commonly used in Korean music with its cheerful and powerful rhythm. It illustrates the spirit of the Korean people of creating happiness during their work. The Nanta Show in Korea, one of the most famous non-verbal performances, combines Korean traditional instruments and modern performances by incorporating western-style percussion with melodies played on traditional Korean musical instruments.

The new SKK GSB volunteers of the team of Nanta—Korean Drum performance were chosen on Oct 9, 2019. The 6 volunteers are Kyeong Nam Kong from EMBA, Esther Lee from PMBA, Pranitha Divya Sri Gajula, Janice Gunawan, Yin Lin and Tyron Greg Sabatta from Full-time MBA. Under the professional guidance of Ms.Jisun Lee, the drum and dance instructor, starting with virtually zero experience, the entire team members, pull out all the stops for the Nanta—Korean Drum  performance on Homecoming day - and for sure the results will be pretty incredible.

Even though the show moves through a series of different songs and emotions, the underlying theme of the show centers on One GSB. Let’s look forward to meeting them on the 15th anniversary of One GSB Homecoming Day.