SKK GSB began participating in the FT Global MBA Ranking in 2012. Dean Shih had previously visited the UK Financial Times headquarters and coordinated the process from SKK GSB’s side. He also led SKK GSB's efforts to earn AACSB (Association to Advance Collegiate Schools of Business) accreditation and has played a significant role in SKK GSB's growth into a global MBA school since he joined in 2007. Currently, he is the only international Dean among major business schools in Korea. 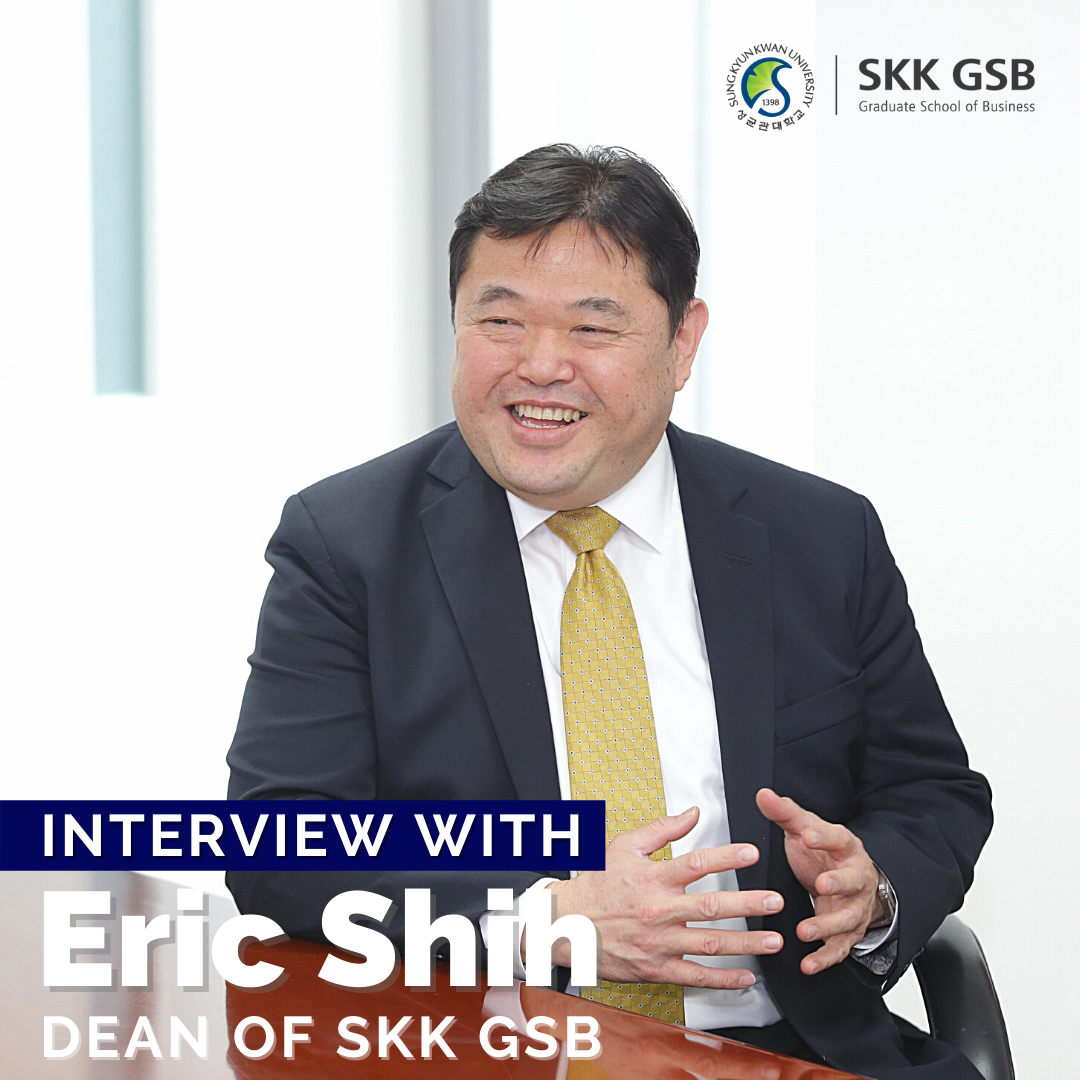 Dean Shih notes that the driving forces behind SKK GSB's rapid advancement to its current ranking as the 35th best MBA program in the world comes from constantly focusing on internationalization and career development. "SKK GSB has not stopped its efforts to internationalize further and to focus on students’ career development even after being ranked among the world's top 60 MBA schools for the first time in the  2012 FT MBA Ranking. Those efforts have resulted in a significant increase in full-time international faculty members from 50% in 2012 to 67% in 2021, while the number of full-time international students in the MBA program has risen from 22% in 2012 to 58% in 2021. The number of MBA programs, fully run in English, has increased from 2 to 5, and the number of programs running double degree tracks in partnership with prestigious overseas universities has increased from 2 to 4. Despite the challenging economic conditions, SKK GSB has really strengthened its career development program, as evidenced by its strong showing in the career development category in the annual FT MBA Ranking. The average employment rate of SKK GSB students within 3 months of graduation has been 92% for the past 3 years, and promotion following graduation has been ranked in the top 15 globally for 3 consecutive years."

Besides Dean Shih, SKK GSB’s Vice Dean and the Director of the Full-time MBA Program are also international, highlighting the school’s global mindset. In addition, 18 countries from around the world are represented among the student body of this year’s full-time MBA program, creating a truly unique international learning environment. It is commonplace at SKK GSB for Korean, Indian, and French students to come together to analyze the financial statements and sales data of global companies and discuss global market strategies with students from Chile and the Netherlands, under the guidance of an American professor.

Dean Shih emphasizes that "SKK GSB's MBA students graduate with a global mindset in combination with international business capabilities, both of which are developed organically throughout the course of the program.” He further adds, ”being able to quickly analyze various global markets, having the ability to collaborate effectively in global organizations, and having a rich understanding of different cultures provide strong competitive advantages in the job market. Since Korea has an outward-oriented economy, working with international markets and foreign companies is essential for success."

How should MBA education change in a post-COVID era that will also be largely influenced by artificial intelligence (AI)? Dean Shih pointed out how the pandemic that occurred amidst the rapid growth of the AI industry has led to a fundamental change in the business structure all around the world.

"We see more and more utilization of AI and big data in companies and business areas every day. Analytics is becoming more important as well. We are in urgent need of talent well-versed in both new technology and business. If SKK GSB has been a leader in globalized MBA programs in Korea up until now, we have to become the business school that produces the most future-orientated MBA graduates going forward. AI and big data courses have already been added to all of our programs, and as a result, there is an increasing number of graduates entering related fields.”

Growing from MBA graduate to leader

Elon Musk has famously critiqued that MBA graduates “may be good at PowerPoint, but they don’t know how things work”. Dean Shih says that an MBA degree does not automatically make one a leader. He emphasizes that “having the abilities required in the era we live in, realizing the essential competitiveness of companies to lead the present generation, and acting based on an outstanding sense of real-world business are the basic attitudes that MBA students need to have in order to grow into leaders.” With its strong focus on Action Based Learning, SKK GSB allows its students to analyze real business cases, work with data, and conduct projects throughout the entire duration of the MBA program in order to become the business leaders of tomorrow.