Congratulations on the 15th anniversary of SKK GSB! ①

This year we celebrate the 15th anniversary of the establishment of Sungkyunkwan University SKK GSB.

SKK GSB was founded in 2004 in partnership with MIT Sloan and with the sponsorship of the Samsung Foundation. Initially, we offered only a Global MBA program, but since then have steadily grown our degree offerings, launching an Executive MBA in 2009, a Professional MBA in 2014 and an MMS in 2018.

This year is particularly meaningful for SKK GSB, as we have firmly maintained the No.1 ranking in Korea in the Financial Times Global MBA rankings for eight consecutive years. Furthermore, we set a new Financial Times record by ranking 9th in Asia and 42nd worldwide.

SKK GSB will continue to evolve as an icon of business education in Korea! 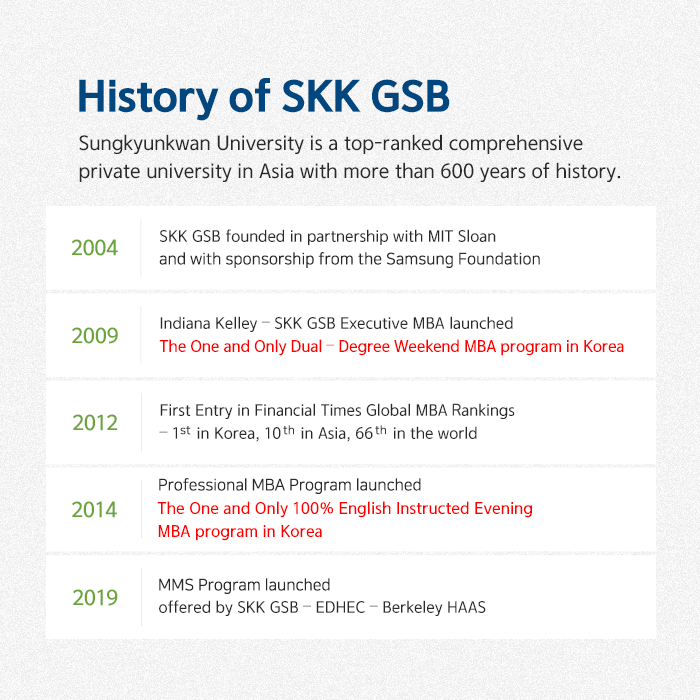 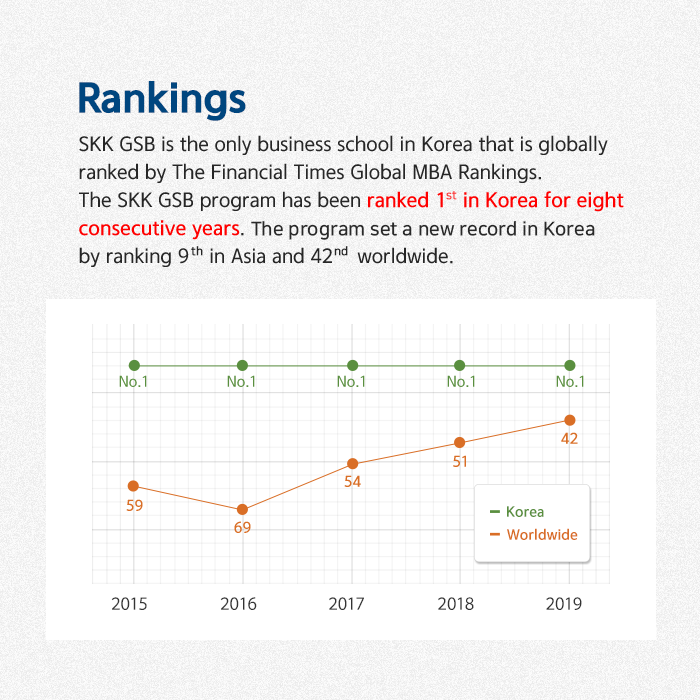 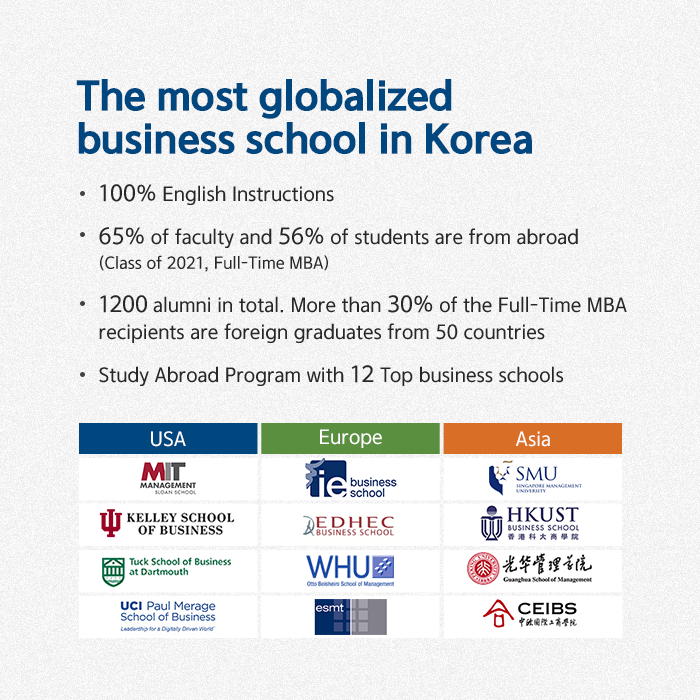